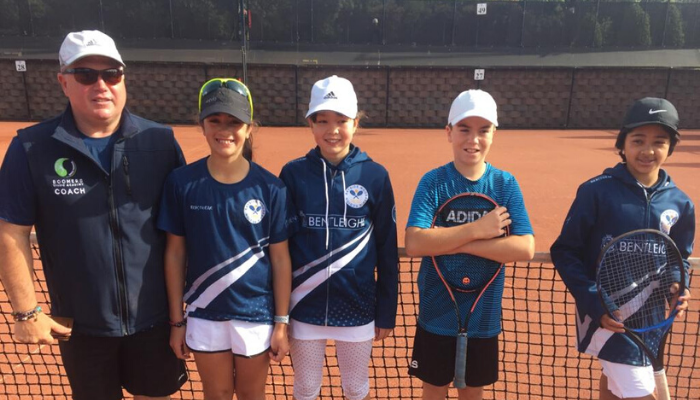 Congratulations to all the players in competing in the Alicia Molik Cup this weekend. Eirene Nimorakiotakis, Savannah James, Maksim Jezdic and Mateo Munoz were placed in the pool of death having to play against Central Highlands, Goulburn and Barwon Tennis Association all on day one.

After going 3-0 and undefeated after the first day, the team had their toughest matchup of the event against North Suburban Junior Association on Sunday morning. It was a match up with two undefeated teams to see who would advance to the A pool finals. After some amazing shots, with both teams displaying great tennis, sportsmanship and comradeship the Bayside team fell just short and moved on to the B pool finals.

Bayside took out Berwick Regional Tennis Association in the semi-finals to advance to the Grand Finals against close neighbours and friends from Moorabbin and Districts Junior Tennis Association.  Bayside gained the upper hand in the final early and hung on to win.

The parents were on hand over the two days and provided support, encouragement and some great entertainment and laughter. Such a good time.

Kooyong and the Kooyong Foundation did a great job hosting the event as usual and the weather could not have been any better.

Coach Grove Bennett was on-site to help all the players.

Well done to everyone for a fantastic weekend.