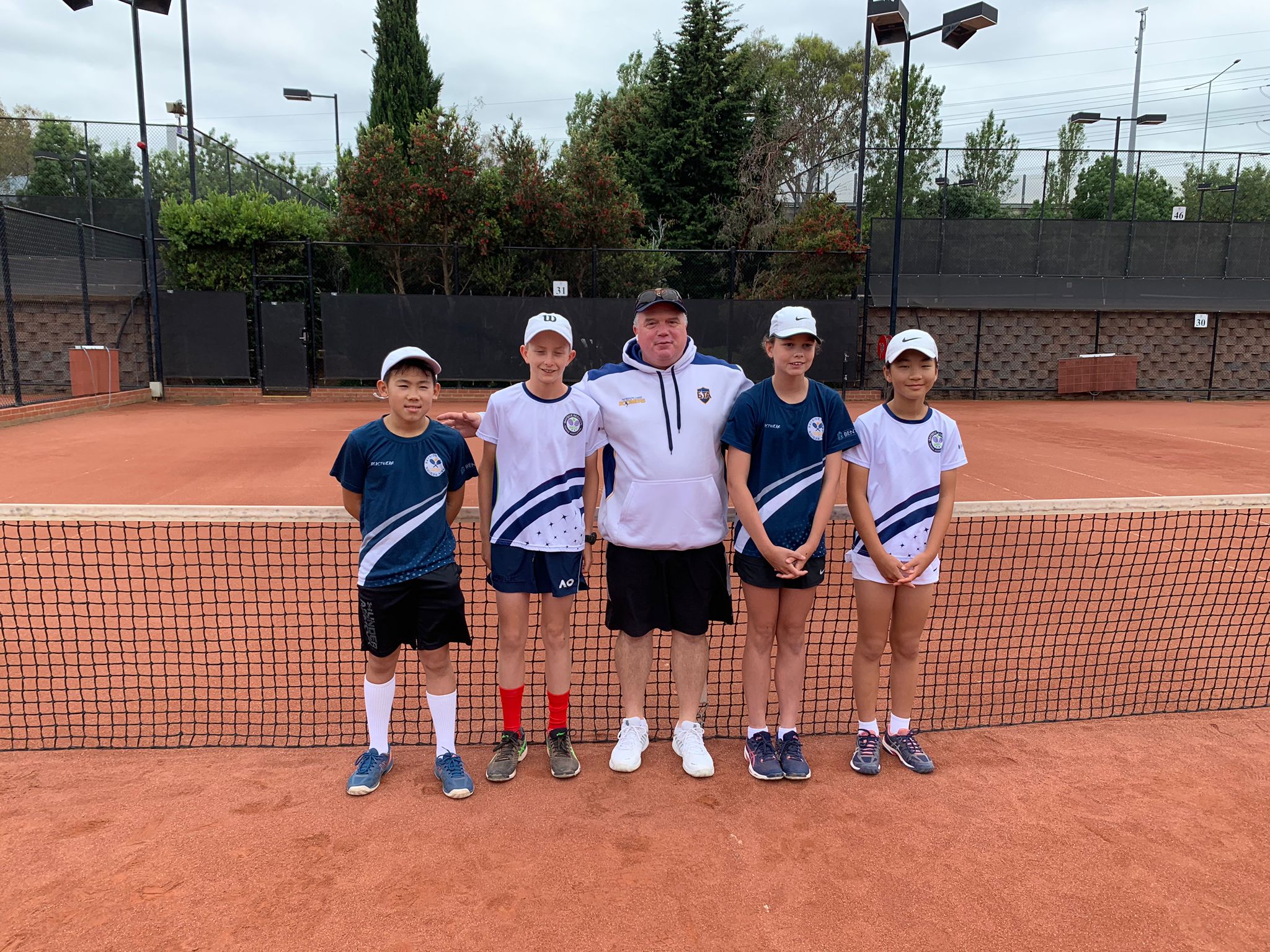 The Alicia Molik Cup was held over the Dec 4-5 weekend at the Kooyong Lawn Tennis Club. The BRTA & MDJTA joint team was represented by Lachlan King, Jensen Yokoto-Ho, Anhelina Cherkashyna and Pauline Ma, coached by Grove Bennett and supported by the team manager, Vince Yokoto Ho.

On Saturday, in round 2 the BRTA team had a solid win against Wimmera in Round 2 and North Eastern in Round 3 (36 games-11). Round 4 was a bye and on Sunday morning the team took on Barwon defeating them 30-13 games.

The Grand Final was against NSJTA.

Scores for the grand final:

It was an amazing win for the team – they stayed close, supported each other and watched all matches.

A special mention for Lachlan King who dropped only 2 games in the entire tournament in singles.